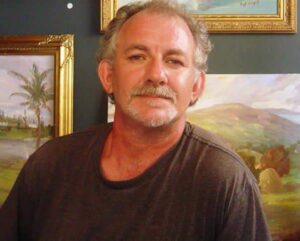 Hugh O’Neill was born in Belfast 1959. As a young boy in Belfast his natural artistic talents were quickly noticed .He went on to study drawing and painting at the University of Ulster meeting up with great artists such as Neil Shawcross and David Sloan. Hugh spent some of that study period in Paris and Nantes France. Upon his return from Paris Hugh was invited by Tom Carr ,OBE ,to visit his Malone Road Studio in the early 1980s and drew inspiration from Carrs work and comments

Hugh Travels all over Ireland to paint outdoors.,He paints and resides in Belfast and travels extensively to USA and Europe to teach and exhibit

Collectors of his work include :Former Mayor of Dublin